Thursday, January 28th, 2021 our day started out normal. Luca was running around, playing and being his usual self. Later that afternoon he came up to me and complained that his tummy felt sick. He then laid down on the couch and fell asleep. Soon after, he woke up vomiting and had spiked a fever. He continued to vomit for several hours so I called health link. They had advised that if he doesn’t stop throwing up or doesn’t go pee, to bring him in. At 10:00 that night he stopped vomiting and peed so I decided to wait overnight to see how he was doing in the morning (assuming he was hit with a 24-hour stomach bug). That night, he woke up every 20 minutes asking for water or juice.

The next morning he was incredibly lethargic and wasn’t very responsive when we would speak to him so we decided to take him into the Stollery. When we arrived at the ER, he had a fever of 40.1 (with Advil in his system) and was taken back right away. The doctor said he likely had some sort of virus and although he wasn’t showing signs of dehydration, he was acting dehydrated so they had me push oral hydration. After an hour or so of pushing oral hydration, he wasn’t perking up. So they decided to start some IV fluids. Again, after a while of running IV hydration, he still wasn’t perking up. The doctor had said that the fluids normally perk kids right up so they decided to do blood work and start IV antibiotics.

After receiving the results of his first round of blood work, they told us he was being admitted. His red and white counts were incredibly low and his neutrophil count was 0.1. This meant his immune system was near zero. They started to run more tests (X-rays, CT scans, etc) and told me my husband Darren could come to join us and they would make an exception to their one-parent rule. At that moment I knew things weren’t good.

On the way to his X-rays, I noticed his neck looked swollen and his speech started to slur. I mentioned this to the doctor so she had the ICU team come down and assess him. They gave us the clear to move up to the regular unit. The admitting doctor started asking us many questions regarding family history with cancer, etc. She reassured us they cover all their bases and 98% of the time it turns out to be some sort of infection and not the C-word. We moved up to the unit and got settled for the night but I couldn’t sleep because I knew he wasn’t doing ok. As I sat next to his bed, he was trying to mouth a few words and it was so slurred. I also noticed his neck swelling seemed to be getting worse so I paged the nurse and asked her to send the doctor in. When the doctor came in, she paged the ICU team for a second assessment. The rest was a blur.

At some point during this time, the doctors received the results of his second round of blood work and knew he was very sick. His room was filled with so many people and they were desperately trying to run a second IV but couldn’t get a vein. There were so many people around his bed. I collapsed onto the parent bed and cried while one of the doctors rubbed my back. The ICU team told me he was moving to their unit and warned me that it was going to be very busy and overwhelming when we arrive there. I followed his bed to the unit and felt like every wall was closing in on me. When we arrived at the PICU, it was a blur. There were so many people and I didn’t know what was going on. As they got oxygen onto Luca, an ICU doctor approached me and asked “do you know what’s going on?” I replied, “I know my son is sick but I don’t know what’s wrong.” He then said “we are dealing with two situations here. The first and most critical is that he is in septic shock from a strep infection. His blood is full of bacteria. The second situation is the underlying condition that has caused him to go septic and his bloodwork indicates Leukemia.”

I instantly got sick into a garbage can in the room then proceeded to panic call Darren (who had gone home to be with our other 2 children, Noah and Wyatt, ), my parents, and my in-laws. The doctor told me Luca’s airway was closing and he was needing to be put on a ventilator ASAP. They also warned us that if they weren’t able to get the vent in, they would need to perform a tracheotomy. Darren rushed in and we followed Luca down to the OR to get his vent in. Once Luca was hooked up to all the machines he needed I looked to a nurse for reassurance that he was going to be okay. They couldn’t give me that. They told us our son was critically ill and they were going to do their best. The worst thing I was told was that he was on the cusp. We’ve never felt so helpless. The first few days in PICU were hell. Luca’s vitals were all over the place and they had turned his bed towards the window to make room in case they needed an emergency response. Finally, after 4 days, he started to turn a corner and wasn’t requiring as much blood pressure support.

After a week in PICU, he was ready to come off the vent. They stopped his sedation and we waited for him to wake up. After 6-7 hours, he still wasn’t waking so they pulled the vent. I stayed there overnight waiting for him to wake and after 24 hours he slowly started to open his eyes but wasn’t moving or responding to anyone. We were given the clear to move to the Oncology unit to start his Leukemia treatments. We waited 24 hours and Luca was still not speaking or really moving so he was seen by the neurology team and went for an MRI. This is when we learned he had suffered a series of small strokes while intubated. We spent the next 6 weeks in hospital while Luca underwent his chemo treatments, rehabilitation, etc. It was a rollercoaster with so many ups and downs and we are so proud of how far he’s come. He’s gaining strength every day.

Thank you for all of your love and support. It has helped us beyond measure and we are so grateful!

Luca is currently undergoing chemotherapy and is in his interim maintenance phase which means weekly visits to the Stollery for treatment. At the end of October, he will enter into the maintenance phase and treatment will go down to monthly occurrences. The chemo is harsh and it’s not an easy ride for this little guy but he is such a trooper with amazing parents, 2 wonderful older brothers, supportive grandparents, and extended family behind him. 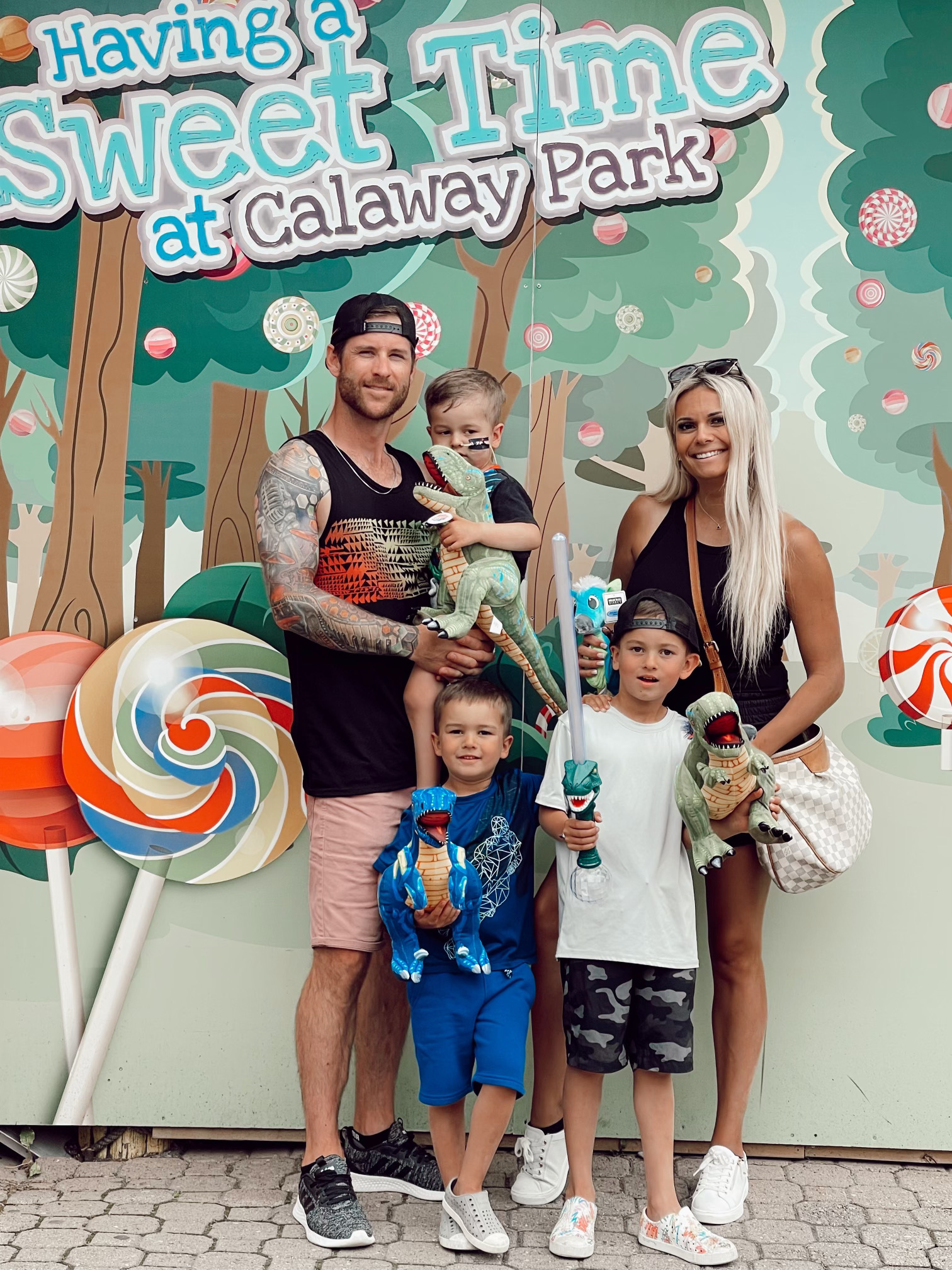 2021 marks the 12th year that the Alberta Cancer Foundation and Kimberley Homes have partnered in the Cash and Cars Lottery to support patients and families facing cancer. For the Kimberley Homes team, the battle families need to take on when their loved ones are sick hit very close to home this year. Luca, the 3-year-old son of one of our Kimberley team members, was diagnosed with Leukemia in February 2021. We have named this year’s model in his honour and dubbed one of the bedroom’s in the Lottery Home “Luca’s Room”. Not only will “Luca’s Room” be decorated to match the personality of this sweet boy, we have also decided to give him a matching bedroom makeover in his actual room with donations from our amazing trades and suppliers. We will be holding his story close to our hearts as we work with ACF to fundraise for the 17 cancer centers across Alberta.

It is with hearts full of gratitude that we thank our team members and partners who made financial contributions towards Luca’s actual bedroom makeover and we look forward to sharing more details about this very special project in the coming weeks:

< Back to the Insider